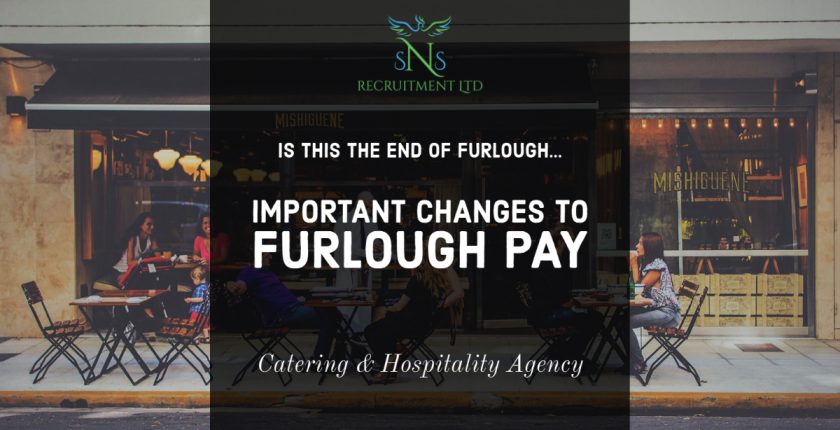 Important changes to the Furlough Scheme.

From the first of July, the government will be reducing their contributions to furlough pay.

In the past, the government covered 80% of an employee’s wages whilst they were on furlough. Employers had the option of topping up their employers’ wages by 20% – but this was not a legal requirement.

The government has announced that over the next few months, their contributions towards furlough pay will steadily reduce. Reducing to 60% in August and September.

At the same time, employer’s contribution to furlough pay will increase, from 10% in July to 20% in August.

What does this mean for employers and the catering & hospitality sector in general?

In reality, this is likely lead to the redundancies of furloughed workers across all sectors. As businesses have been the worst affected by the pandemic and cannot afford to pay employees to stay home whilst not working.

Staff shortages has been the result of furloughed workers not returning to the jobs market and Brexit. As the catering & hospitality sectors has been reliant of EU Workers for years.

At the moment, the impact these Furlough changes will have is yet to be determined.

What are your thoughts?